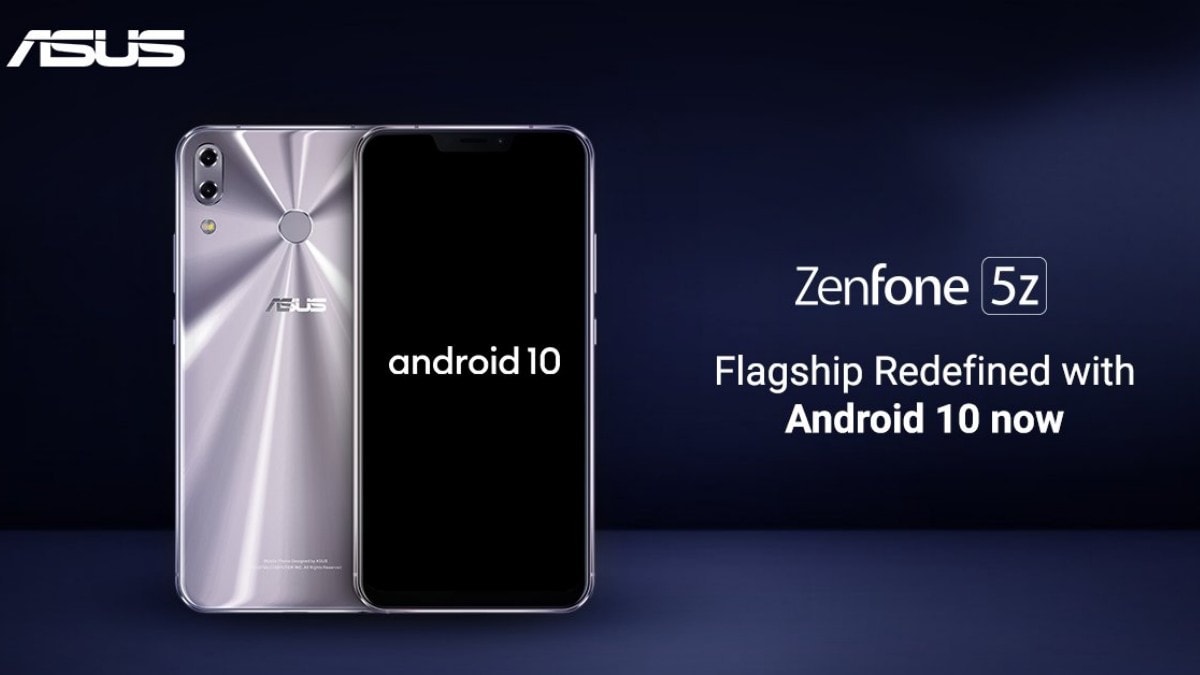 Asus 5Z aka Asus ZenFone 5Z has started receiving the Android 10 update in India, following the Asus 6Z, which was also upgraded to the latest version of Android earlier this month. The Android 10 update for the Asus 5Z is being rolled out in a phased manner in India and it brings with it, a host of new features such as system-wide dark mode and full-screen navigation gestures among others. Aside from the software upgrade to Android 10, the latest update for Asus 5Z in India also removes a host of features and relocates a few tools to the Advanced Settings section.

The Android 10 update’s rollout for the Asus 5Z was announced by the official Asus India Twitter handle, which mentioned the arrival of a tonne of new improvements on its 2018 flagship after the update. The official Asus ZenTalk forum mentions that the update carries the build number 100.04.44.98 and that it is being rolled out in a phased manner.

Asus 5Z users in India are being seeded the update based on their phone’s serial number by batches. So, if you are an Asus 5Z user in India and are yet to receive the update, you will get the FOTA over the course of the next few days. Alternatively, you can check for the update’s availability by following this path: Settings > About > System update > Check Update.

Note: Asus 5Z made its debut as the Asus ZenFone 5Z in India, but the name was changed to Asus 5Z after the company was legally restrained from using the “ZenFone” brand name in India.

Talking about the Android 10 update for the Asus 5Z, it brings features such as system-wide dark mode, enhanced privacy controls, better notification system, smart reply, and gesture-based navigations. Additionally, the FOTA update also brings support for Google Play System update, upgrades APN settings, and moves the Themes and Mobile Manager to Advanced Settings on the phone. However, the changelog mentions that some apps are not compatible with Android 10 yet. Moreover, it is not known if the update also brings an updated Android security patch.

It must also be noted that the Android 10 update for Asus 5Z removes AI charging, Beauty Live, Easy Mode, Go2Pay, Kids Mode, Page Marker, Report Location in Safeguard, Selfie Master, WebStorage, ZeniMoji, Yandex cloud option in File Manager, and the weather animation setting from the phone’s software. Moreover, it disables twin app support for four games: Arena of Valor, Injustice 2, PUBG, and Vainglory. Asus advises users to back up all their phone date before installing the Android 10 update, as downgrading to Android Pie later will result in erasure of all data.