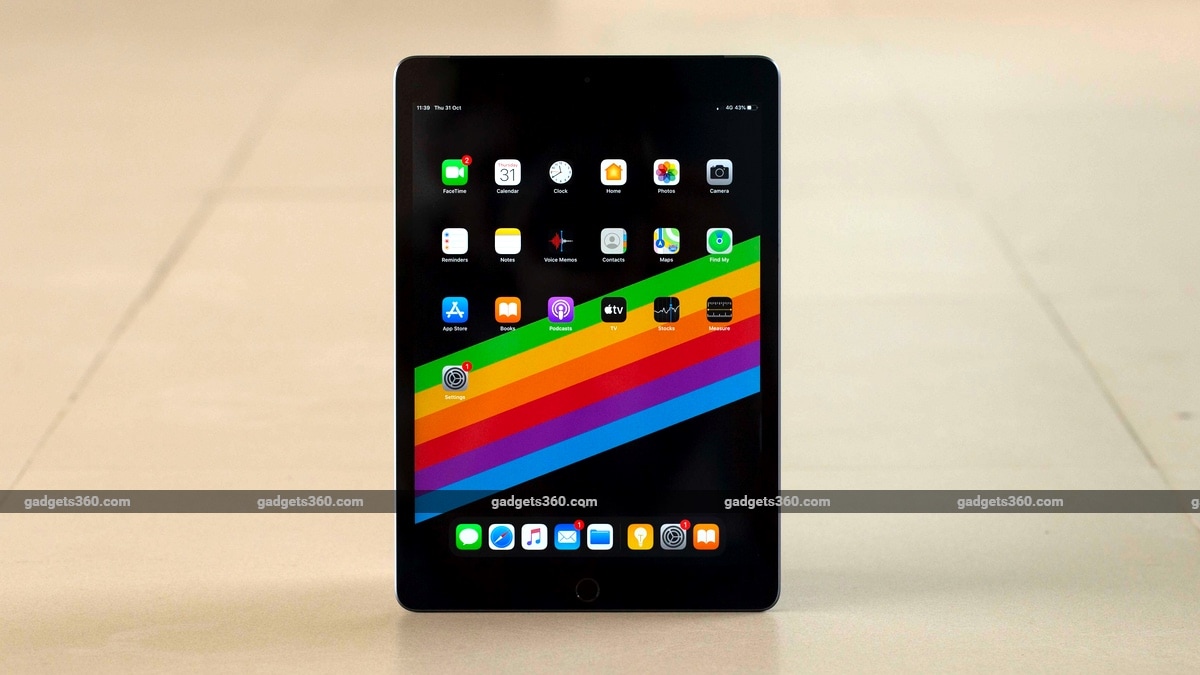 The iPad (2019) is the most affordable of the current generation of iPads, but that doesn’t mean it lacks meaningful new features. The iPad (2019) features a larger 10.2-inch display and a Smart Connector, which allows it to be connected to Apple’s Smart Keyboard Case. This is an accessory that could make the iPad far better for productivity.

On the other hand, the iPad (2019) is based on the three-year-old Apple A10 Fusion processor, and doesn’t have the best display we’ve seen on an iPad. Are these compromises too big to ignore, or is the iPad (2019) the perfect entry-level tablet for most people? We’ll answer that in our review.

One look at the iPad (2019) and you’ll immediately notice its larger display. The 10.2-inch screen is bigger than the 9.7-inch ones on all previous standard iPad models. It’s great to have a bigger display, but there are three things to keep in mind. First, the iPad (2019) lacks the anti-reflective coating that’s available on the iPad mini (2019) (Review) and all other current-generation iPads. Secondly, it isn’t laminated, which means that there’s a gap between the panel itself and the glass surface, which you can see if you hold the iPad at an angle.

That second point won’t bother most people much, but the lack of an anti-reflective coating does get annoying after a while. While watching movies or gaming, you’re more likely to see your own reflection on the iPad (2019), which could make the experience less immersive. You will also see black bars at the top and bottom while watching most movies or TV shows, thanks to the aspect ratio of this screen, but this is a minor complaint. 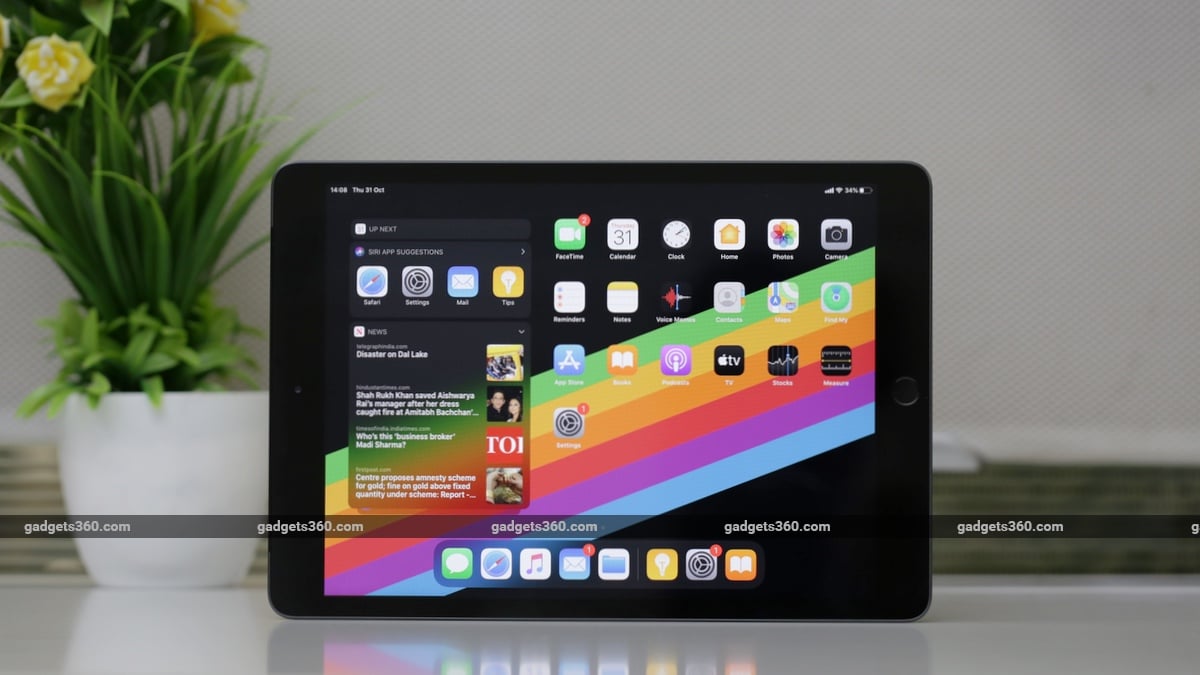 Third, this iPad doesn’t have the True Tone display feature of its premium siblings, which means it doesn’t adjust its colour temperature based on ambient lighting. That would have been nice to have, but it isn’t a huge miss. Having said all that, if you’re buying this iPad for casual use, none of these factors will bother you much. The only reason we’re even mentioning these points in such detail is that the iPad mini (2019) costs just Rs. 5,000 more and offers a much better, though smaller, display

The speaker is quite loud, but we do miss the stereo speakers that iPad Pro models have, especially when watching movies. That said, the speaker on the iPad (2019) is still pretty good.

While the iPad (2019)’s design isn’t revolutionary, it retains everything that’s good about previous iPad models. The build quality is excellent and it does feel premium. Weight is distributed evenly too. There are thick borders around the display, with the selfie camera at the top and the Home button at the bottom.

The iPad (2019) supports Touch ID for fingerprint unlocks, which is nice to have. When held up in portrait orientation, you have the volume buttons on the right, along with the Nano-SIM tray on the cellular variant. On the rear left, you’ll find the Smart Connector. The power button and 3.5mm headphone jack are at the top, while the Lightning port and speaker are at the base of the iPad.

Yes, the iPad (2019) has Apple’s A10 Fusion SoC and it is old now. To be fair to Apple, the A10 Fusion is still a really powerful chip and wouldn’t appear to be very dated if not for Apple’s consistent annual gains in terms of CPU and GPU performance. In our usage we did not encounter any lag or stuttering on the iPad (2019). We played a few games such as Asphalt 9: Legends, Alto’s Odyssey, and Fieldrunners 2, and found performance to be satisfactory. Switching between apps was smooth. 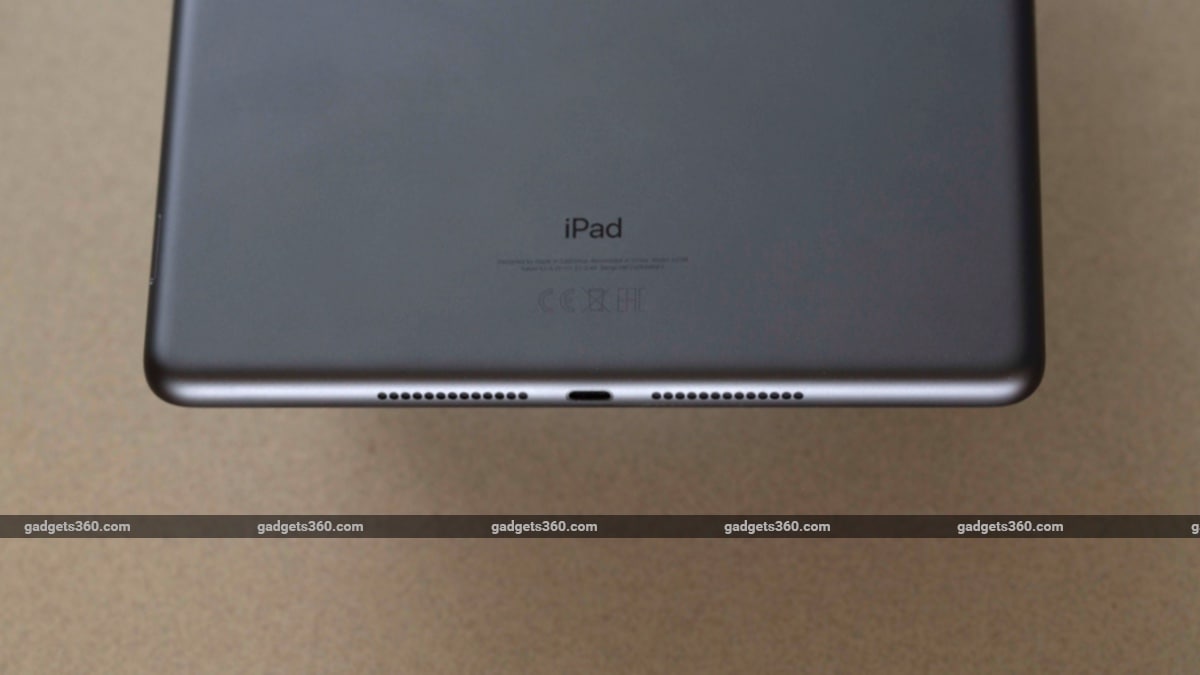 iPad (2019)’s Lightning port and speaker are at the base

For basic use such as watching movies, social media, and browsing the Web, the iPad (2019) is pretty good too. Most people will find the iPad (2019) adequate for day-to-day tasks, but if you are planning to edit photos and videos, you’d ideally want to get at least the iPad Air (2019), if not one of the Pro models.

The iPad (2019) also impressed us with its battery life. We used it to watch a couple of TV shows on the go, for Web browsing, a bit of gaming, and reading every day. With this kind of use the iPad (2019) ran out of power once every four days or so. Apple has always set the battery life bar for iPads at around 10 hours of usage per charge, and we managed to slightly exceed that. The iPad (2019) ships with a 10W charging adapter in the box, which took around three hours to top it up from zero to 100 percent.

The iPad (2019) has a single front camera and a rear camera, and we found both of them to be pretty average. The cameras are decent for FaceTime calls but not for much else. We don’t use iPads for photography and we don’t think anyone else should unless there’s no other choice.

While reviewing iPads in the past, we’ve often said that iOS has been holding these devices back. This year, Apple decided to branch its operating system and created iPadOS 13, which is a version of iOS with several features designed primarily for iPads. This is a good start, and we hope to see regular, meaningful updates to iPadOS in the future. 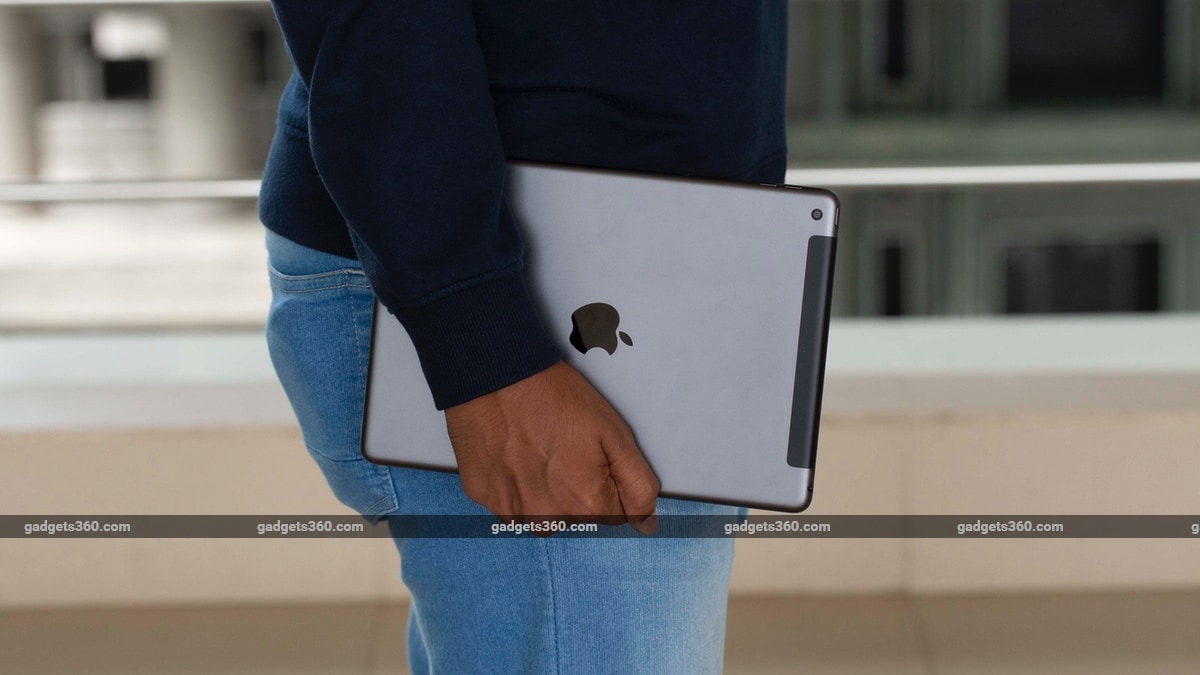 iPad (2019) isn’t the most portable iPad out there

The first change we noticed is the Today View, which has all of your iOS widgets and Siri Suggestions. Until now you had to swipe left from the first home screen to access this, and it would act like a separate home screen in itself. With iPadOS 13, you can add the Today View to the default home screen alongside your app icons. This is a great way to utilise the big screen, and it made Today View more useful for us as well.

You can also open multiple instances of the same app, which is a good step towards making iPadOS a desktop-class OS. You can tap and hold an app icon in the Dock, and then tap Show All Windows to see all open windows of the same app. We used Safari side by side with a bunch of apps such as Mail, Messages, and even Music, and found it really useful.

We also enjoyed having Safari being recognised as a desktop browser by various sites we use. Sites such as Google Docs work much better thanks to this, and we were not forced to figure out how to load the desktop versions of various sites on an iPad, which is great.

Our experience with iPadOS was largely pleasant, but we do feel that you aren’t going to make the most of it without a keyboard. If you’re planning to use the iPad (2019) for productivity you probably should purchase a good Bluetooth keyboard or Apple’s own dockable Smart Keyboard Cover to make the most of iPadOS’ keyboard shortcuts.

Unfortunately the Smart Keyboard Cover costs Rs. 13,900, which is almost half the price of the iPad (2019). We’ve used this cover with other iPads and found it to be excellent. It does add a bit of weight to the iPad, but it’s a lot lighter and more convenient to use than separate Bluetooth keyboards. Other options such as the Logitech K480 will cost at least Rs. 2,200, but these need to be carried separately and will need to be paired before using.

The iPad (2019) supports the Apple Pencil (1st Generation only), which costs Rs. 8,500. This could be an affordable iPad for those who want to sketch or take handwritten notes. 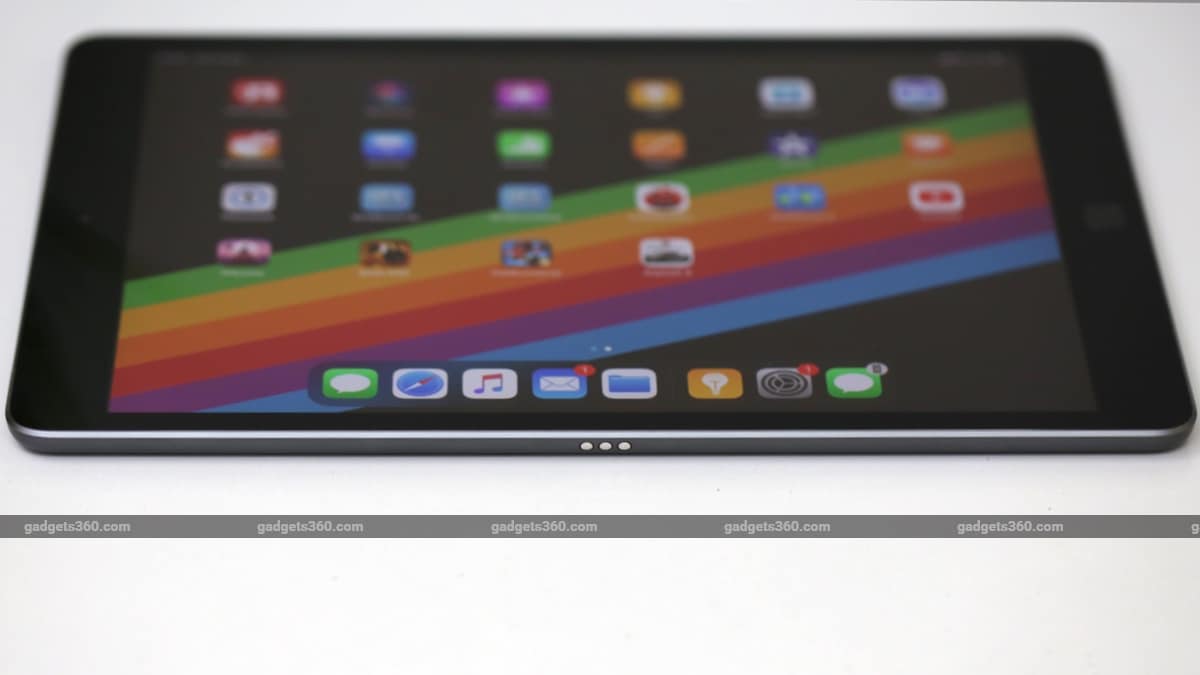 The iPad (2019) has a big display, performs reasonably well, and offers great battery life. It’s nice to have the Smart Connector on this iPad, in case you want to use Apple’s excellent Smart Keyboard Cover accessory and don’t mind shelling out for it. Since the processor is older, there’s a chance that the iPad (2019) may feel a bit sluggish a few years down the line.

If we were picking up an iPad for casual use at home, we’d go with the iPad (2019). If we wanted an iPad to carry with us while commuting or travelling, the iPad mini (2019)’s compact form factor is far more appealing.